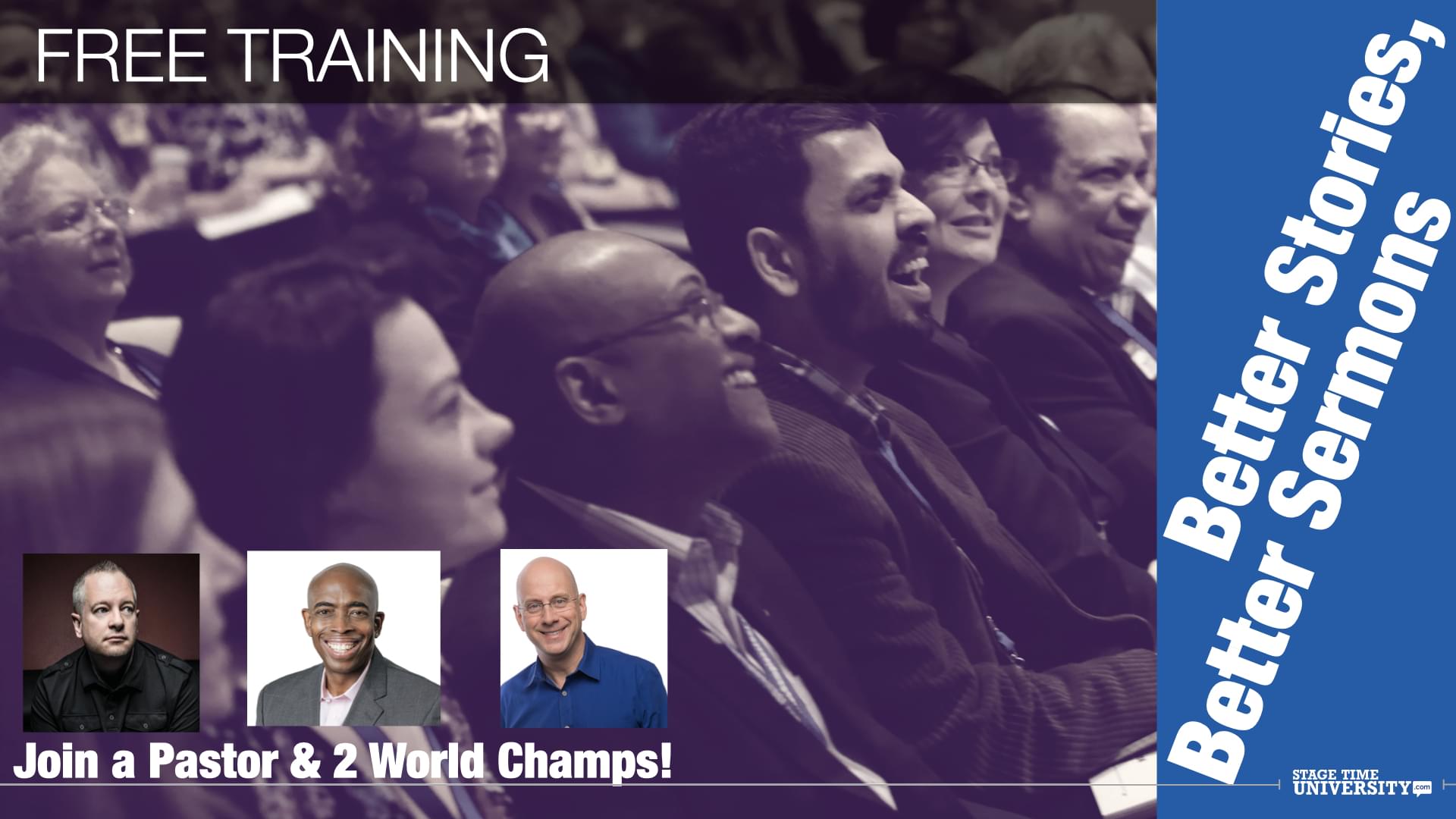 Enter Your Name & Email Address To Register...
>> WATCH NOW << You'll also get a link to the replays if your time is tight

This site uses technical and analytics cookies to provide you with the best user experience. More details can be found in our: Privacy Policy
Accept & Close

Jesus spoke all these things to the crowd in parables; he did not say anything to them without using a parable.
Matthew 13:34 (NIV) 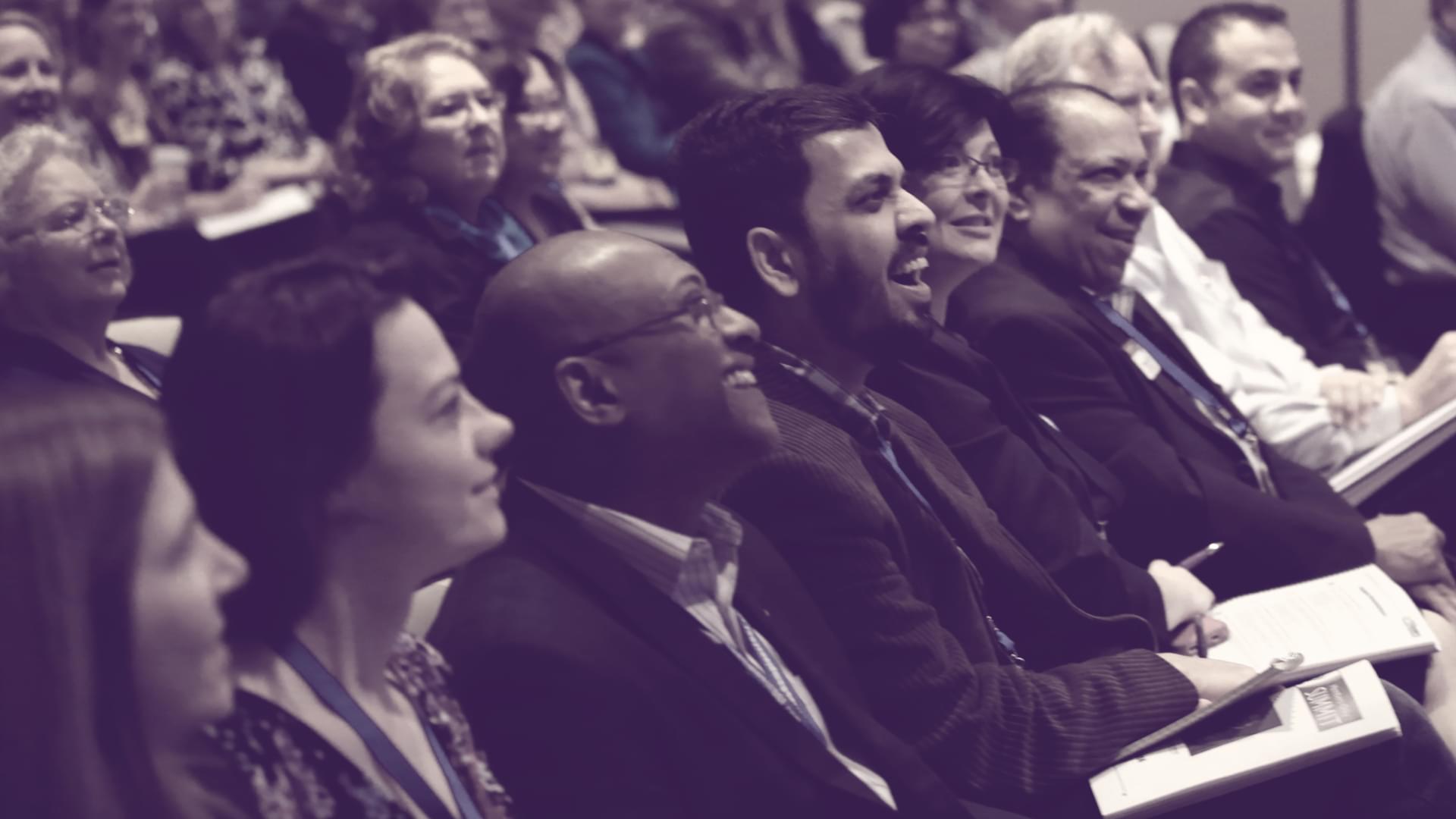 What will you get?
Watch this short video and find out

What You'll Get During This FREE Training:
SECRET #1:

Why great stories are so powerful and what makes them great.
SECRET #2:

How to find more stories from your own life than you will know what to do with.
SECRET #3:

What to do with your stories to make them memorable.
Get Proven Storytelling Secrets From a
Successful Pastor & 2 World Champion Coaches 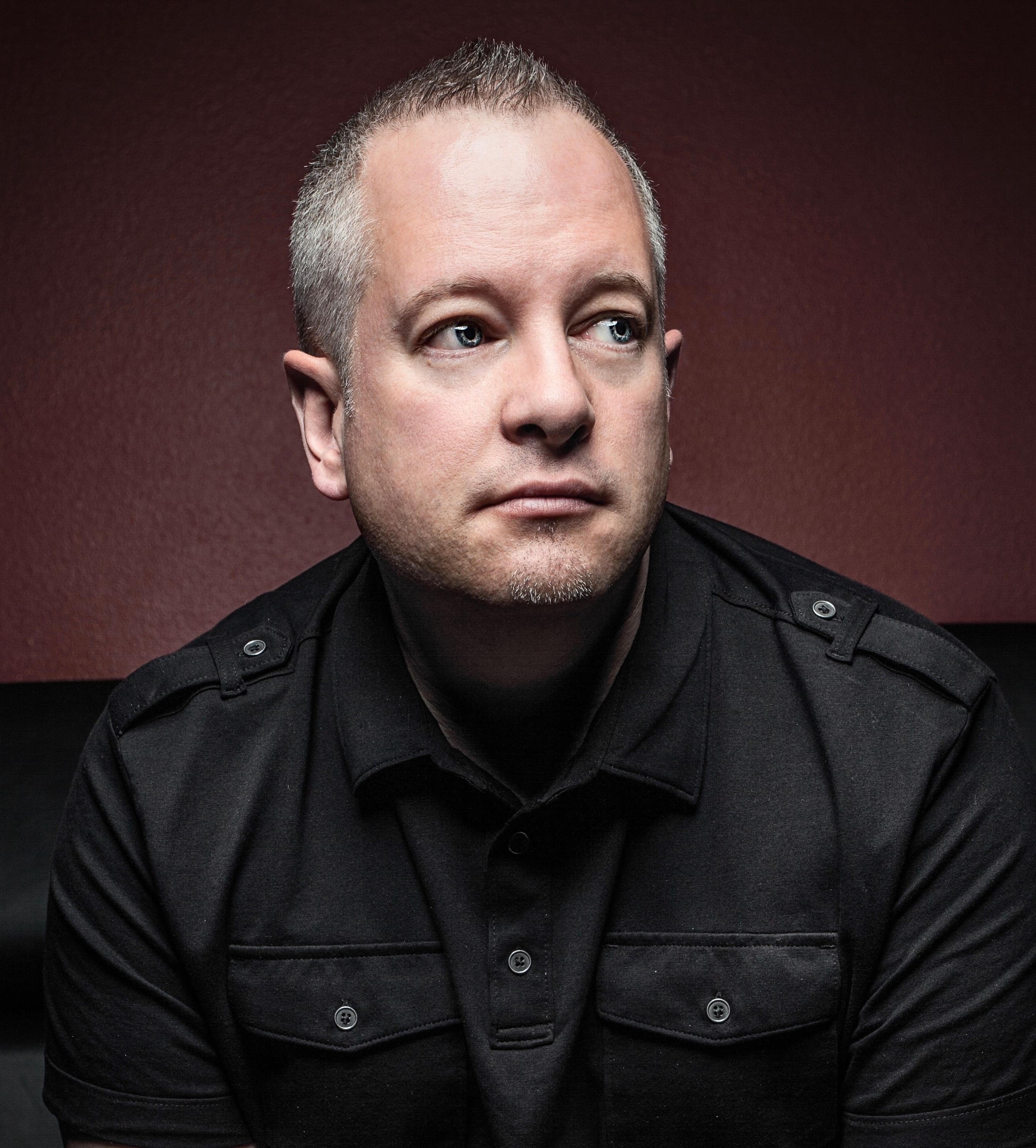 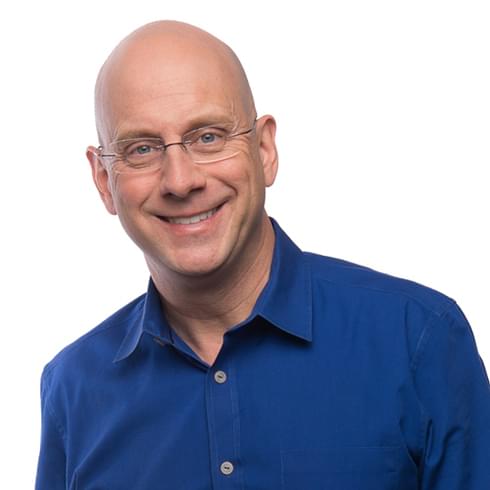 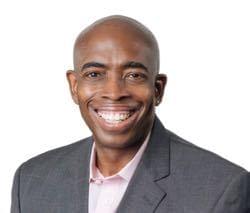 ...and his Coach, Mark Brown, CPS, World Champion Speaker
"Hearing Darren & Mark talk about speaking is like having
Hank Aaron and Babe Ruth in the same room talking about baseball." -Paul V. 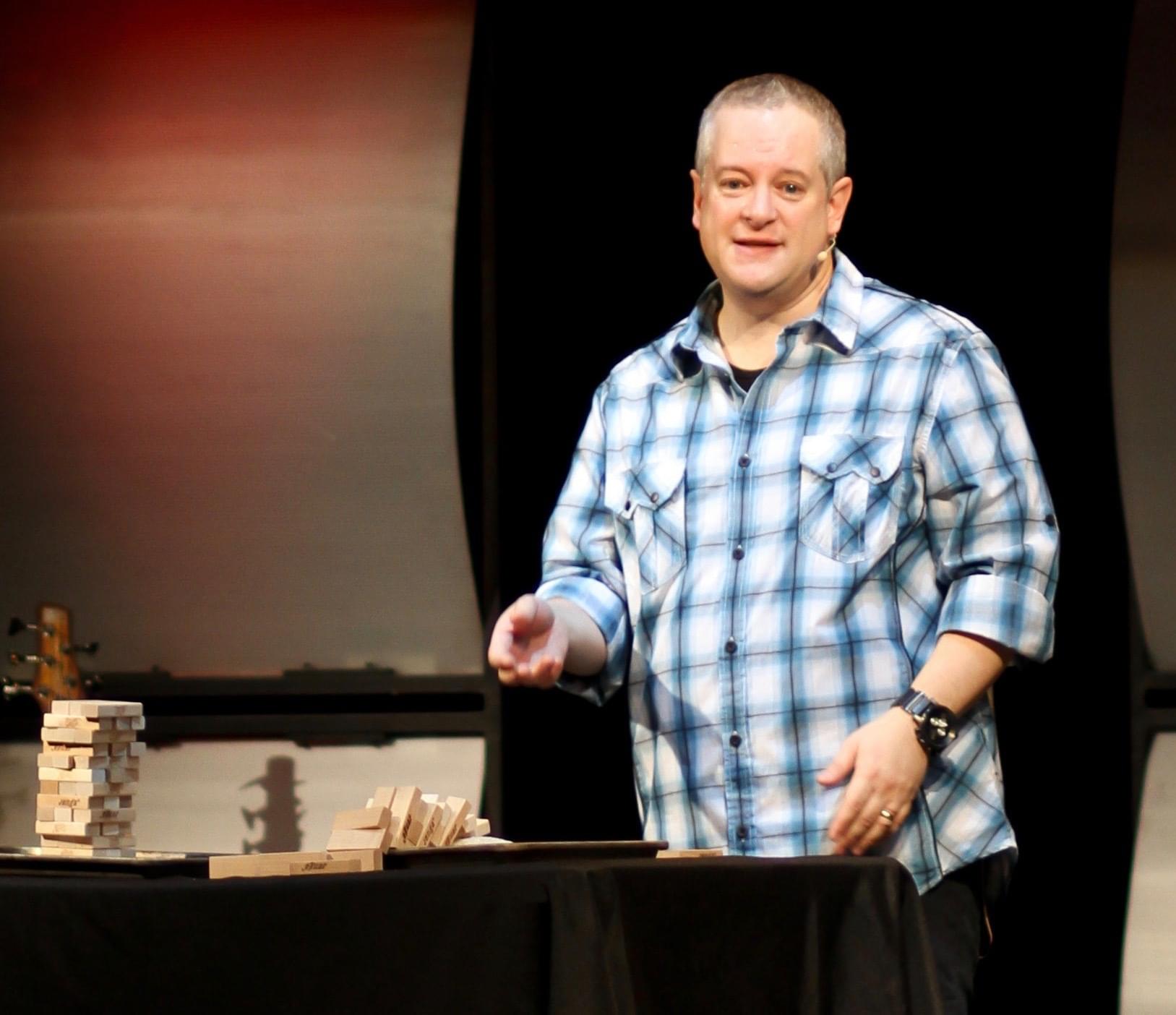 I WANT BETTER STORIES*Watch Now or Get Recording
By the time this free training ends, you'll know:
Secrets From 3 Pros: 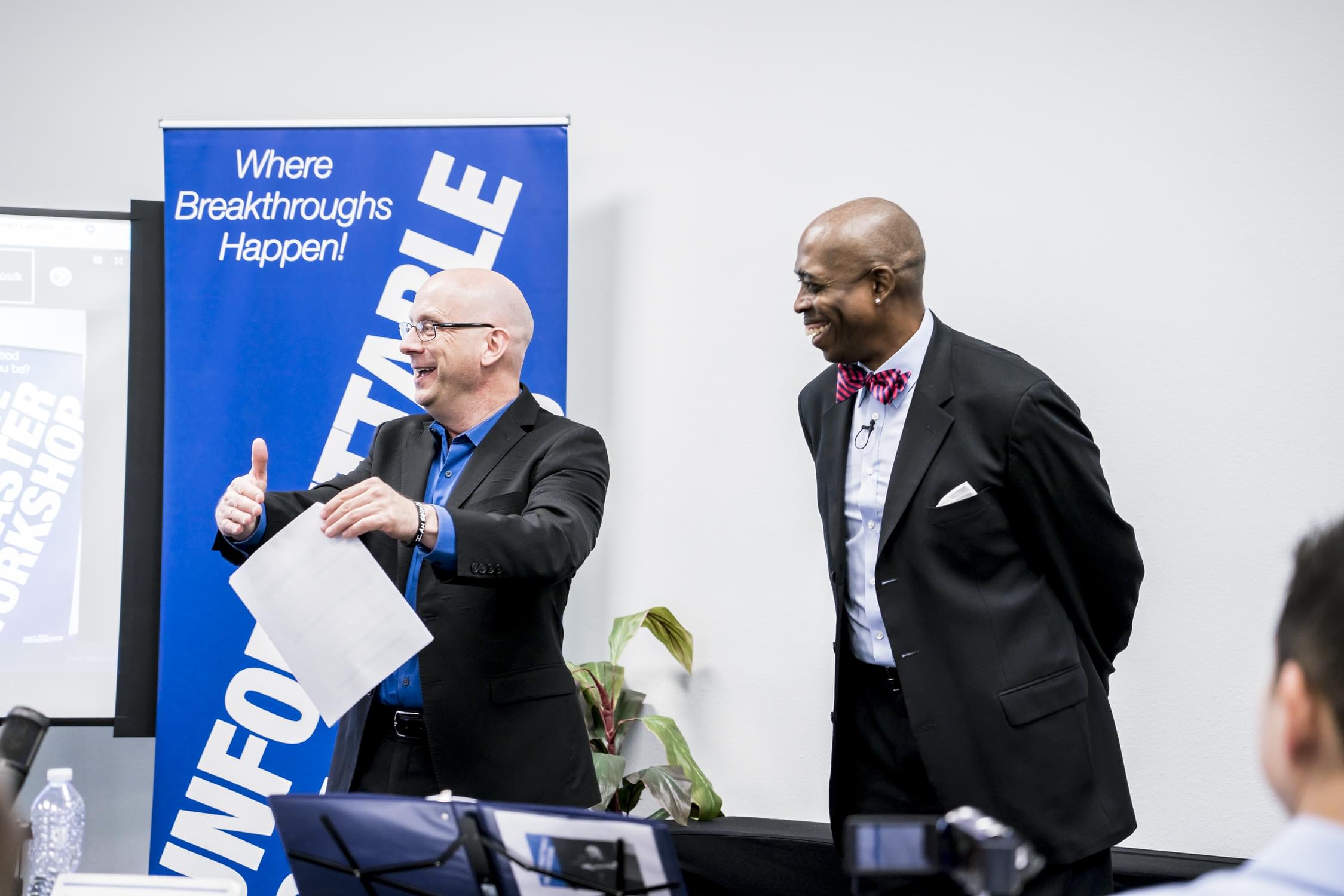 World Champion, Craig Valentine says, "If you want to be a $10,000 speaker,
you need to tell $10,000 stories."
BETTER STORIES, BETTER SERMONS
WARNING: If your impact on your congregation matters to you, you won't want to tell another story without these insights. You'll be wishing you got them sooner. They will impact the rest of your career. Darrenteed.
Claim your spot NOW!
YES! SIGN ME UP!*Watch Now & Get Recording
Watch this Free Training Now
Can't watch now? Register and get the recording.
countdown
00Hours00Minutes00Seconds
About your hosts: Vince, Darren & Mark
ABOUT VINCE ANTONUCCI
Pretty much everything Vince does is about daring to live a life of love, about embracing God's amazing grace, and sharing it with others.
He has that typical story, told too many times: Guy grows up in home with Jewish mother and gambling addict father, guy becomes a Christian in college by trying to prove the Bible isn’t true, guy leaves career in law to become a pastor, guy starts church in Virginia Beach that grows from four people to hundreds, guy leaves church in Virginia Beach to move to Las Vegas to start Verve, a church for people who work on and live around the Vegas Strip.
Vince is also the author of four books; I Became a Christian and All I Got Was This Lousy T-Shirt, Guerrilla Lovers, Renegade: Your Faith Isn’t Meant To Be Safe, and God For The Rest Of Us.
You can also see him featured in the TV miniseries God For The Rest Of Us (2015) and Church For The Rest Of Us (2015).
https://vinceantonucci.com/
ABOUT DARREN LACROIX, CSP, AS:
In 2001, Darren LaCroix, the World Champion of Public Speaking, out-spoke 25,000 contestants from 14 countries to win that title. That was just a benchmark. Since that victory, Darren has traveled the world demystifying the process of creating a powerful speech. He has roused audiences in faraway places like Saudi Arabia, China, Oman, Malaysia, and Taiwan with his inspirational journey from first-rate chump to first-class champ, proving anything is possible if you are willing to work for it.
Darren may have been “born without a funny bone in his body,” but he possessed the desire to learn and the willingness to fail necessary to achieve his dream. The self-proclaimed “student of comedy” is living proof that humor is a skill that can be learned.
As a keynote speaker since 1994, he brings his incredible story to conferences around the world. He is consistently the top rated speaker at conferences. He changes the way people think about challenges, humor, and presentations… forever. His clients include IBM, Fidelity investments, and numerous associations too long to list!
As Founder of Stage Time University and a co-creator of The Humor Boot Camp®, Darren directs seminars that help presenters wisely use the power of humor to “lighten up” their presentations. He is also an award-winning producer of the film Healing, Hope, and Humor.
DarrenLaCroix.com
ABOUT MARK BROWN, CSP:
Emmy Award Nominated Inspirational Speaker!
Originally from Kingston, Jamaica, Mark Brown
migrated to the United States at 18 years old
with only $40 in his pocket and a dream for a better
life. Today, he has become one of the most popular
inspirational speakers in the world.
In 1995, Mark defeated more than 20,000
contestants from 14 countries to win the illustrious
Toastmasters World Championship of Public Speaking. Since then, he has delivered more than 3,500 presentations, to more than 1.7 million people on 5 continents.
As an expert in helping people overcome their fears to reach their maximum potential, Mark has been featured on CNN Headline News and in The New York Times, and Men's Health. He even had his own PBS Special which was nominated for an Emmy Award.
He has shared his insights across a wide variety
of industries, to major corporations
including Sprint, Sheraton, Principal Financial Group, Prudential and Cathay Pacific Airways.
Additionally, Mark has been a guest lecturer at premier academic institutions such as
Penn State University, Xavier University and the University of Florida.
Using a unique blend of hilarious humor and hard-hitting honesty, Mark Brown will both challenge and compel your group to take their performance to the next level.
MarkBrownSpeaks.com
Copyright 2020  | StageTimeUniversity.COM | PRIVACY POLICY